Copyright on photographs and text by Brenda Joyce Jerome, CG 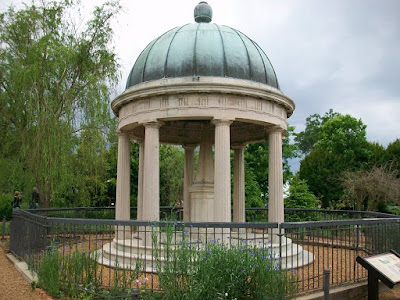 Tomb of Andrew and Rachel Jackson 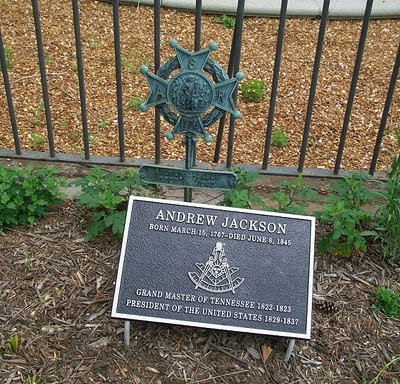 
Today is the 165th anniversary of the death of President Andrew Jackson. He is buried at The Hermitage, near Nashville, Tennessee. The photographs were made 20 May 2010.

Andrew Jackson, son of Andrew Jackson Sr. and his wife, Elizabeth, was born in the Waxhaws, South Carolina. Andrew Jr. settled in what became Nashville, Tennessee in 1788 and, in 1791, married Rachel Donelson Robards for the first time, according to tradition, in Natchez. When the divorce from Rachel was granted to her first husband, Lewis Robards, in 1793, Rachel and Andrew Jackson married for the second time in January 1794.

Having had no children of their own, in 1808 Rachel and Andrew adopted her nephew and named him Andrew Jackson Jr.

Andrew Jackson was a farmer, soldier, race horse owner, lawyer, politician and is known to have visited Smithland, Kentucky, also known as Mouth of the Cumberland, before he became President.

In November 1828, Andrew Jackson was elected President of the United States and shortly before Christmas of that same year, Rachel died and was buried on the grounds of The Hermitage, the Jackson home in Tennessee. Andrew Jackson's first term of President began in January 1829 and was inaugurated for his second term in 1833. After he left office, Andrew returned to The Hermitage, where he died in 1845, age 78.
Posted by Brenda Joyce Jerome at 4:20 AM

I was just there and took pictures very similar to yours! It is a wonderful place! They are updating now, so we entered the home via the back door. Enjoyed visiting there very much!

It is a beautiful place. When I was there, we entered through the front door and, oh, how beautiful that hallway were! I was also impressed with the knowledge of the interpretors. I had a lot of questions and they answered every one!

Very interesting! I would love to see this in person.