Let's take a look back at the statistics pertaining to this blog since it began in 2007.

The most popular referring sites were these:
1.  google.com
2.  bing.com
3.  Facebook.com

No surprises here - these referring sites were what I would expect. Number 7, though, was  Pinterest and that does surprise me as I thought it would be Number 4.

I've learned a lot while writing these posts.  I've learned that it takes me much longer today  to finish a post than it did in 2007. It takes longer to do the research and longer to write the post. In spite of the additional time it takes, I plan to continue, at least for a while, and I hope you will continue to join me.

Posted by Brenda Joyce Jerome at 12:33 PM No comments: Links to this post

We all know that we must cite the source for every document we find when doing research, but how often do we record the date the document was located?  It is such a simple thing to do, but can save us some headaches in the future.

Also, In several western Kentucky clerks' offices, old court bundles are being unfolded and re-filed, often under different headings.  Some counties filed these loose bundles under the date of the court session, but when re-filed, they are filed under the nature of the record (delinquent tax lists, emancipations, road orders, etc).  So, take a second to put the date with the rest of the source citation and it would be wise, also, to note the nature of the record. That might save you some time in locating that record later, if necessary.

Published 28 December 2017, Western Kentucky Genealogy Blog, http://wkygenealogy.blogspot.com/
Posted by Brenda Joyce Jerome at 5:30 AM No comments: Links to this post 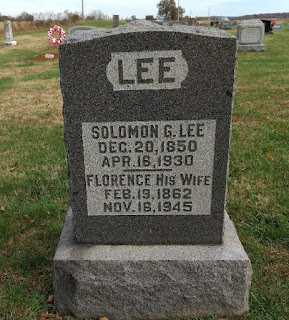 According to his death certificate,[1] Solomon Green Lee was born in Tennessee and was the son of William Thomas Lee and Sarah Mahala Davis, both of whom were born in South Carolina. Solomon G. Lee was a farmer.

Florence Lee was the daughter of Dempsey Stalions and an unknown mother.[2] The death date on her death certificate is given as 15 November 1945.

Published 26 December 2017, Western Kentucky Genealogy Blog, http://wkygenealogy.blogspot.com/
Posted by Brenda Joyce Jerome at 5:30 AM No comments: Links to this post 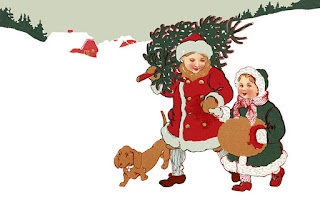 Published 24 December 2017, Western Kentucky Genealogy Blog, http://wkygenealogy.blogspot.com/
Posted by Brenda Joyce Jerome at 5:00 AM No comments: Links to this post 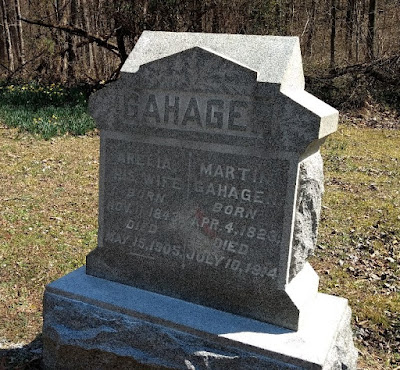 The tombstone above gives no hint to the circumstances surrounding the courtship and marriage of Arelia (Sabin) and Martin Gahagen. They became acquainted through correspondence and never met until Arelia arrived in Evansville, Indiana from her home in Michigan. They met in Evansville,  married on 21 February 1900 and returned to Martin's home in Weston, Kentucky. [1] Unfortunately, Arelia only lived five years after her marriage.

This was not the first marriage for Martin Gahagen. On 4 March 1868 he had married Miss Margaret T. Cain in Crittenden County[2]. They were married a number of years before their marriage ended in divorce. Then came the marriage to Arelia Sabin. On 20 February 1906, Martin married Mrs. M.B. Ford[3], who survived him.

Published 21 December 2017, Western Kentucky Genealogy Blog, http://wkygenealogy.blogspot.com/
Posted by Brenda Joyce Jerome at 5:00 AM No comments: Links to this post 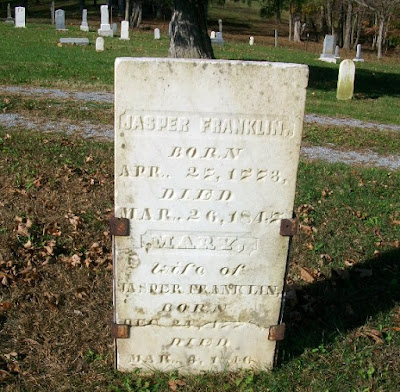 Jasper Franklin married Polly Brockman 27 October 1796 Amherst County, Virginia.[1] By 7 August 1810, they had left Virginia and were living in Livingston County, Kentucky.[2] They are found in Crittenden County when that county was cut off from Livingston in 1842.

In 1842, Jasper's son, Angereau Franklin and his wife Lucinda, conveyed property on Hurricane Creek to Jasper Franklin. The deed, however, was to be null and void at the death or removal from the county by Jasper and wife.[3]

Jasper Franklin left a will in which he left property or money to the following children: Anthony, Angereau, Paulina, Anthony, Matilda, Lucinda and Calpurnia Franklin and left a colt to his grandson, Booker Franklin.[4]

Published 19 December 2017, Western Kentucky Genealogy Blog,  http://wkygenealogy.blogspot.com/
Posted by Brenda Joyce Jerome at 5:00 AM No comments: Links to this post

A guardian was appointed when a person was unable to act for himself or was under the age of 21 years. At the age of 14, a minor could choose his own guardian. If under the age of 14, the county court appointed the guardian. To guarantee the faithful performance of his duties, the guardian was required to post bond with a surety.  The following information has been abstracted from Livingston County Guardian Bond Book C (1863-1878) and Livingston County Court Order Book M. The last notation indicates Order Book M, page number.

Martha Wooldridge selected H.B. Edwards as her guardian, Martha being over 14 and an infant heir of Edward Wooldridge. Surety: R.S. Boyd. 5 Dec 1864. [M/265] 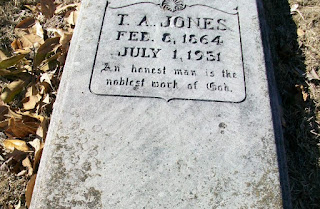 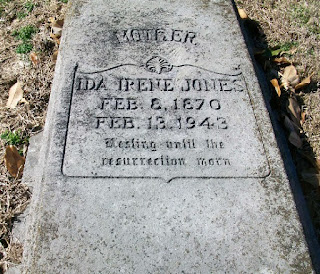 Thomas Alfred Jones was the son of William O. Jones and Rebecca Bennett . He was the owner of a meat packing plant in Paducah, Kentucky and died as a result of a train hitting his automobile.[1]  Thomas A. and Ida I. Jones lived in Paducah for many years.[2]

Ida Irene Jones  was the daughter of George D. Scott and Mary Evaline Jones.[3] She died while visiting her  daughter, Mrs. E.S. Fakes, in Chicago on 13 February 1943.[4]

Published 12 December 2017, Western Kentucky Genealogy Blog, http://wkygenealogy.blogspot.com/
Posted by Brenda Joyce Jerome at 5:30 AM No comments: Links to this post

One of the greatest benefits of publishing a blog is the ability to reach many people.  Recently I received an email from Richard Rieck, Professor Emeritus in the Dept. of Geography at Western Illinois University concerning a Western Kentucky Genealogy blog post written over a year ago. Prof. Rieck has been working on a book manuscript about  deaths on the Oregon/California/Mormon Trails 1841-1865. In the course of his research, he came across a letter sent by an anonymous traveler  to a St. Louis newspaper.[1]  This letter was published in 1852 and contained a list of trail graves, including one with the following information: "J. Postlewait, aged 35, Chritenden County, Ky."  Apparently, the grave had a head board in 1852, but it does not exist today. The letter writer stated that the Postlewait grave was on the south side of the North Platte River between Ash Hollow (near present-day Lewellen, Nebraska) and Ft. Laramie, Wyoming.

Fortunately, Prof. Rieck read the blog post on Jonathan Postlewait, contacted me and shared the burial information. So, now we know where Postlewait was buried and Prof. Rieck knows Postlewait's death date.  Isn't sharing information fun?  And the world no longer seems so big.

Published 7 December 2017, Western Kentucky Genealogy Blog, http://wkygenealogy.blogspot.com/
Posted by Brenda Joyce Jerome at 4:30 AM No comments: Links to this post 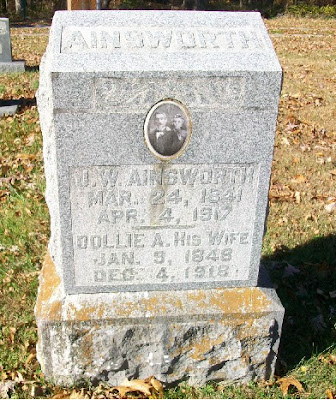 Darthula/Dorothy  Angelina Ainsworth was the daughter of Jacob W. Bettis and Juda Walker, both of whom were born in Tennessee.[5]

The obituary for J.W. Ainsworth appeared in the 12 April 1917 issue of the Crittenden Record-Press. Survivors included a son, Julian Ainsworth of Blodgett, Missouri  and daughters, Emma, wife of Audie Love of Salem and Annie wife of Will Privet of Sheridan. He was given a Masonic burial at Deer Creek Cemetery.

Published 5 December 2017, Western Kentucky Genealogy Blog, http://wkygenealogy.blogspot.com/
Posted by Brenda Joyce Jerome at 5:00 AM No comments: Links to this post