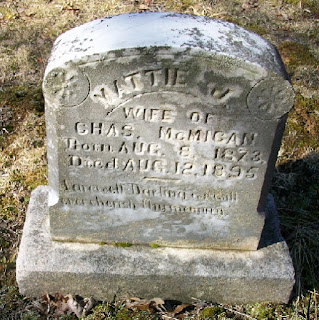 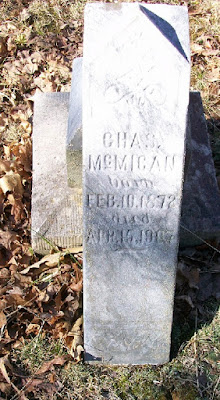 Charles McMican and Miss Mattie J. Gass married 8 March 1894 in Crittenden County. [1] The bride was the daughter of R.B. Gass. [2]  Mattie's obituary appear in the local newspaper slightly more than a year after her marriage. She had been ill a few weeks and left a husband and little child.[3]

Charles McMican's life was cut short in April 1907 when he was shot and "mortally wounded" by Louis Sliger after McMican had shot Sliger.[6]  "The unfortunate affair is deplored by every one as both men have many friends and stood well in their respective neighborhoods ..." [7] 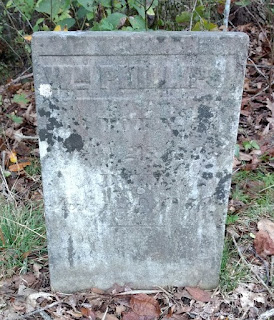 William Phillips and wife Judah [sic] and their son, William Washington Phillips  were enumerated on the 1850 Livingston County census.[2]

Published 24 April 2018, Western Kentucky Genealogy, http://wkygenealogy.blogspot.com/
Posted by Brenda Joyce Jerome at 5:30 AM No comments: Links to this post

Zion Hill Lodge, No. 371 was held at Weston, Crittenden County on the Saturday before the full moon in each month.  The following information can be found in Proceedings of the Grand Lodge of Kentucky, F. and A.M., Emergent Communications, Nov. 11, 1890; May 27 and 29, 1891, held in Louisville, Kentucky Commencing Oct. 7, 1891; accessed through Google Books, 5 January 2018. 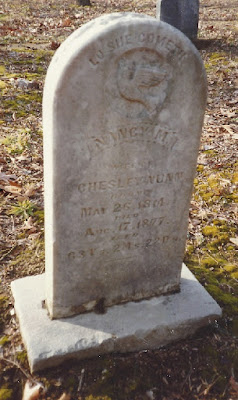 Buried Nunn Cemetery, off Hwy. 365, Crittenden County, Kentucky. Tombstone photographed Feb 1993. This cemetery is on private property and permission must be obtained before visiting cemetery.

Chesley Nunn and Nancy (Mary) Newcom married 17 January 1832 in Livingston County, Kentucky. Consent for the license to be issued was given by William Newcom, father of the bride.[1]

Chesley and Nancy (Newcom) Nunn were enumerated on the 1850 Crittenden County census, along with their children, John H., Nancy and Laura.[2]

Divorce files are found in Circuit Court records at the Kentucky Dept for Libraries and Archives. To order the case file, which contains the details of the case, go here: Order Form

Mitchell, H.M. vs E.A. Mitchell. Divorce granted 31 Aug 1866. Plaintiff cannot marry  for one year and is "not to form with one other person the marriage relation until he finds the means or ability to support and maintain a wife and is not to let her suffer or be cast upon the world destitute and uncared for." (OB Q, p. 469)

Ross, Lovin vs M.J. Ross. Divorce granted 21 Aug 1867. Plaintiff to have all property owned by him at time of their marriage or what he acquired in his own right in this marriage. (OB R, p. 71). 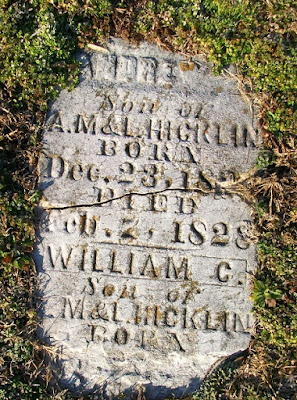 On 22 January 1827, Lucinda Knight, infant orphan of John Knight deceased, made choice of Avery M. Hicklin as her guardian.[2] As this appointment was made just two days before Avery M. Hicklin and Lucinda Knight married,  the guardian appointment was necessary for a person under legal age to obtain a marriage license. In effect, Hicklin was appointed Lucinda's guardian and then gave permission for Lucinda to marry him.  This was neither unusual nor illegal.

In 1827, the newly married Hicklin couple was living in Salem, then county seat of Livingston County.[3] Andrew J. Hicklin was likely the first child of this couple.


Published 10 April 2018, Western Kentucky Genealogy Blog, http://wkygenealogy.blogspot.com/
Posted by Brenda Joyce Jerome at 5:30 AM No comments: Links to this post 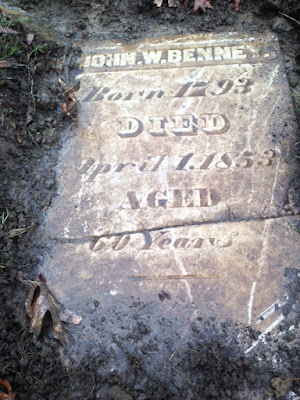 On Monday, 2 May 1853,  James  T. Benney was granted letters of administration on John W. Benney's estate with William Gordon as his surety on the administrator's bond. Blount Hodge, Samuel A. Kingman and Sterling M. Barner, or any two of them, were appointed to appraise the estate.[1]

The estate record provided the first clue to the occupation of John W. Benney.  Among the items inventoried were  23 bedsteads, five bureaus and 21 Windsor chairs,[2] all items needed if one were operating an inn or hotel.  My guess is that John W. Benney came to Smithland to run a hotel, likely for someone else as he did not buy or sell land in Livingston County. Because of the heavy traffic on the Ohio and Cumberland Rivers at Smithland, there were several hotels during the 1850s.

Now, some searching needs to be done to determine which hotel he operated.  James T. Benney also remains a mystery. Was he a son, or perhaps a brother, to John W. Benney?  More work is needed to answer these questions.

Ancestry.com has a category of digitized records called "Kentucky, Wills and Probate Records, 1774-1989."  On the surface it sounds wonderful, but be aware there may be limitations, especially if you are researching Livingston County records. The only Livingston County probate records on Ancestry.com are wills. Nothing else.

Many Livingston County people did not leave a will so you will need to search other places for probate information. Records regarding the probate of an estate include the following:
1.  Wills, including the executor's bond
2.  Appointment of the administrator (if there was no will) plus the administrator's bond
3.  Inventory, appraisal and sale bill of the decedent's estate
4.  Guardianship records if the decedent left minor children

In some counties, the inventories, appraisals and sale bills can be found in the will books. But not in Livingston County. The Livingston County researcher must search other places to obtain this information.  The county court order books (court minutes) will provide the name of the estate administrator or executor of the will as well as the appointment of the guardian of minor children.  The county court minutes will also tell when the estate was inventoried, appraised and settled. This information will appear in the county court minutes shortly after the person died.

There may or may not be separate books titled "Inventory, Appraisement and Sale Bills." In Livingston County the earliest such book dates from 1822. The first separate Administrators Bond Book dates from  1853. An Executors Bond Book contains bonds from 1853.  The first  Guardian Bond Book begins in 1851. Prior to these dates, the information appeared only in the county court minutes.

The point I am trying to make is that probate records for Livingston County are not found in just one location. You will need to look several different places to get all of the information for persons who died in Livingston County.   It is recommended that you also check deeds to see if there was a division of land among the heirs after decedent's death. If there is any mention of a will being contested, you will want to check circuit court records at Kentucky Department of Libraries and Archives in Frankfort for that record.

Don't give up if you don't find the probate info in the will books. You just need to look in other places.