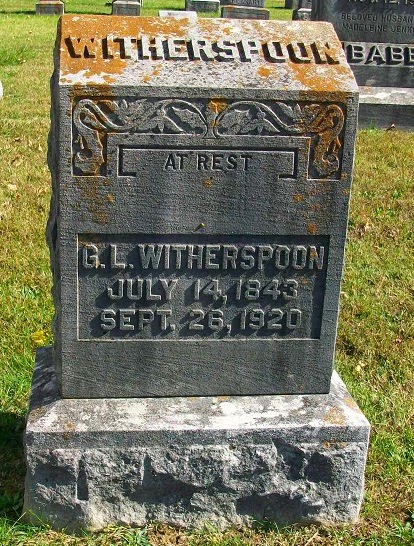 According to his Kentucky death certificate (#22622), G.L. Witherspoon died in a sanitarium in Louisville, Kentucky. The names of his parents were not listed. A brief death notice appeared in the Evansville Courier on Thursday, 30 September 1920. It stated "The remains of George Witherspoon, who died in Louisville, Sunday, were buried in the Mapleview cemetery. Mr. Witherspoon comes from one of the old families of this county and was a brother to Mrs. R.W. Wilson of this place (Marion)."

New on My Bookshelf

If you are looking for a book to read that is both informative and entertaining, I can recommend The Lost German Slave Girl by John Bailey (Grove Press, 2003). I came across this book while browsing in the history section of my local Barnes and Nobles bookstore.  It is based on the true story of Salome Muller, a German girl who had been enslaved upon her arrival in America - or so it was claimed by some folks while others claimed she was Sally Miller, a girl born into slavery and not entitled to her freedom. The setting is mid-19th century New Orleans, but it could be almost anywhere in the South. The author will keep you guessing about the outcome and entertained the entire time. In addition, there is much to be learned about the indentured servant process. 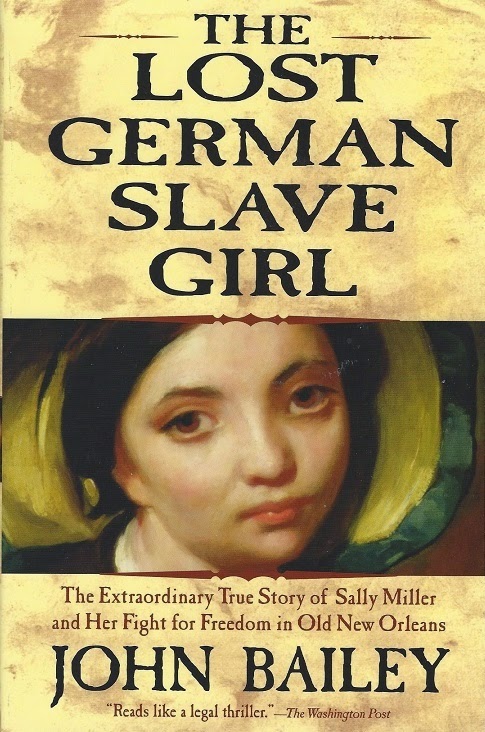 Published 26 March 2015, Western Kentucky Genealogy Blog, http://wkygenealogy.blogspot.com/
Posted by Brenda Joyce Jerome at 4:00 AM No comments: Links to this post 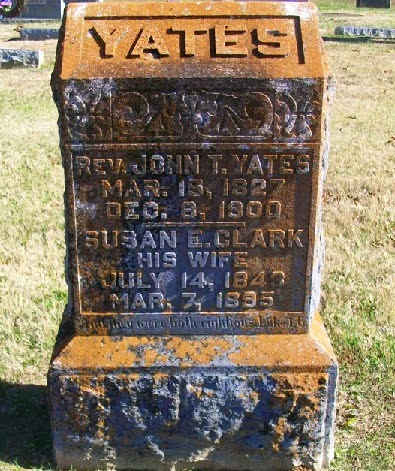 Rev. Yates' death notice in the Crittenden Press stated he was "an old and highly respected Methodist minister."

Published 24 March 2015, Western Kentucky Genealogy, http://wkygenealogy.blogspot.com/
Posted by Brenda Joyce Jerome at 4:30 AM No comments: Links to this post

If you live along the rivers in western Kentucky, you soon learn to expect flooding. It doesn't happen every year, but often enough that you pay attention to the river levels when heavy rains follow the melting of large amounts of snow - a sure formula for flooding.

That's what happened in 1950. Heavy rains followed snow in December 1949 and, by mid-January 1950, the rivers had reached flood stage. The Evansville Courier of 13 January 1950 reported that several families in Livingston County were forced to evacuate their homes and the flood waters had begun invading the business district of Smithland. Most of the businesses of Smithland had closed due to the high water. The Methodist church was dispensing groceries and supplies to evacuees.

Sturgis, Union County  appeared to be the hardest hit of western Kentucky communities. The Tradewater River, from which Sturgis drew its drinking water, had backed up. Backwater from the Tradewater as well as from the Ohio River and creeks and streams was rising and threatening to flood much of Sturgis. One hundred families or more in the south and east sides of Sturgis had been evacuated and were being housed in churches, vacant houses and buildings at the old airport.

Western Kentucky wasn't the only area experiencing flooding.  The little town of Rosiclare, Illinois, on the Ohio River, was under water and 80 families had moved to higher ground.  In Shawneetown, Gallatin County, Illinois, flooding extended along a 200 mile expanse and it was feared that there would be a crack in the giant levee protecting the city.

The Red Cross estimated 5000 people were made homeless in the flood area of the Ohio River and its tributaries. While the flood of 1950 didn't cause nearly as much damage as the flood of 1937, it was destructive and proved once again that man often fights a losing battle against Mother Nature. 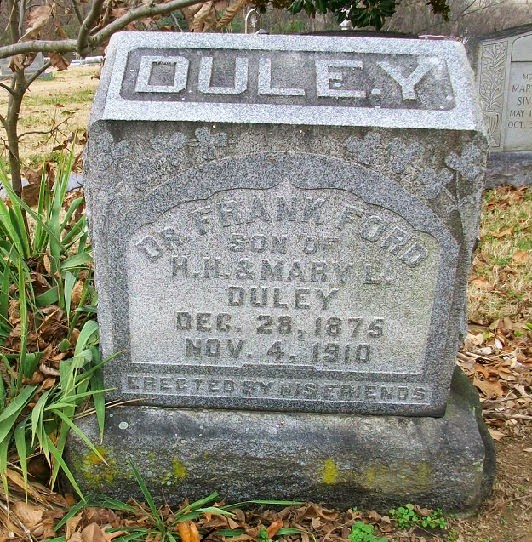 Frank Ford Duley was the son of H.H. Duley & Mary L. Handlin , who are also buried in Smithland Cemetery.

After finishing his common school studies in Smithland, he worked in a drug store and then entered the Ohio College of Dental Surgery in Cincinnati, from which he graduated in 1901. He then located in Paducah, where he established his home and his dental practice.

Published 16 March 2015, Western Kentucky Genealogy Blog, http://wkygenealogy.blogspot.com/
Posted by Brenda Joyce Jerome at 3:30 AM No comments: Links to this post

In 1992 and 1993, I did several  oral interviews with my mother, usually as I was driving her back to Kentucky after visiting my family in Indiana.  These tapes laid in a desk drawer until they were recently re-discovered.  They are now a precious reminder to me of my mother, who passed away in 2006. I can turn the on button and immediately hear that soft Kentucky accent with the infectious laugh.


Never one to mince words, Mother was "on stage" as soon as that light started to glow on the recorder and she didn't stop until the tape ran out. She remembered and told me about things that happened when she was a young child, including the names of neighbors and exactly where their houses stood.


Mother was born in 1919 in Western Kentucky where life was hard during the 1920s and '30s.  Of primary importance was providing for the family and families were usually large. As the second oldest in her family of six children and the oldest daughter, Mother helped care for the younger children.  She learned at an early age to cook, clean and do laundry. Mother's mother was of delicate health and much of the responsibility for running the household fell to Mother and her sister. Play time, or what there was of it, was spent with her brothers and sister or with her many cousins, most of whom lived in the Pleasant Grove Church neighborhood of Crittenden County.


All of her life, Mother called her parents Mama and Daddy. Her voice changed when she talked about them. They were strict disciplinarians, but they were respected always. Anything less would not have been tolerated.


When news of a possible war in Europe began to filter to the United States, my grandfather would go to his brother's home nearby to listen to their radio and then would go home to tell his wife and children what was going on. Mother said the news frightened the children as they thought  war was imminent. They got their own radio for Christmas shortly thereafter, but Mother's father was disappointed that there was nothing but seasonal music on Christmas day.


Mother attended Pleasant Grove School through eighth grade and then boarded with her grandfather, Chester Bebout, and his wife Minnie, to attend Salem High School. Mother told how her mother had always said that her daughters could not marry until they were 18 years old so when Mother turned 18, she thought it was time to marry ... and she did on the 25th of July 1937 when she was 18 years and 18 days of age.
There was much more that Mother had to say. She talked about pie suppers at Pleasant Grove, spending the nights with relatives and the childhood antics of my brother and I. There was much that came in Mother's life after these interviews. I wonder what she would have had to say about her re-marriage and the death of her son and second husband.


If I can make one comment about these tapes, it is that I am so very fortunate to have made them over 20 years ago. If you have older relatives living, I strongly recommend you interview them while it is still possible.

Published 12 March 2015, Western Kentucky Genealogy Blog, http://wkygenealogy.blogspot.com/
Posted by Brenda Joyce Jerome at 3:00 AM No comments: Links to this post 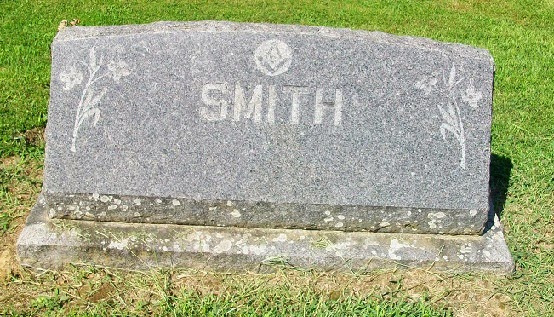 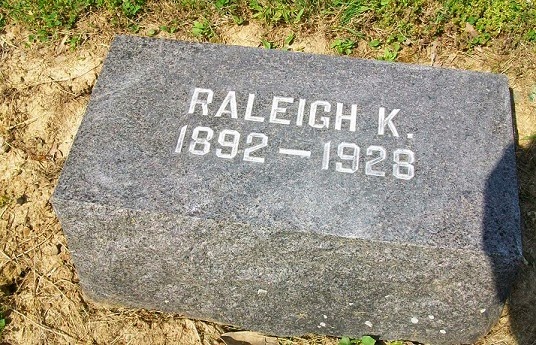 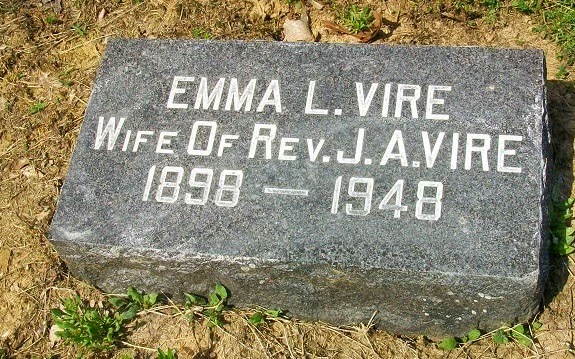 Raleigh K. Smith and Emma L. Gautier were married 3 March 1912 in Livingston County, Kentucky. He was the son of Joseph D. Smith and Anna Coffer, according to Livingston County, Marriage Book 13, page 325. Emma Gautier was the daughter of J.W. Gautier and Ida St. John.  Following the death of R.K. Smith, Emma married the Rev. J.A. Vire. She died in Henderson, Kentucky 17 January 1948. Her death certificate #725 (1948) lists her birth date as 3 July 1890. 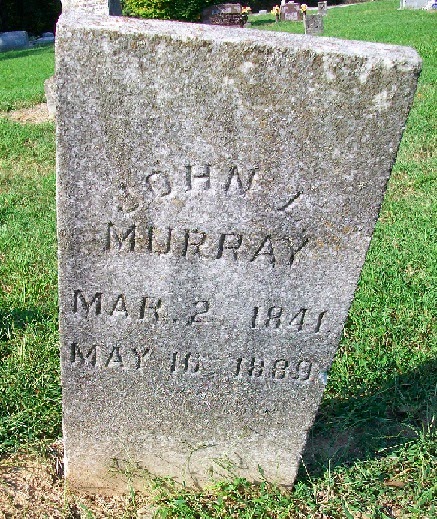 The first hint found regarding the cause of death was a little news item in the Evansville Journal of 19 May 1889.  The article stated "John Murray, a well-known citizen of Livingston County, Ky. was shot and killed at Smithland by a fisherman ..."  Because of the nature of the situation, the details were outlined in the case file at the Kentucky Dept for Libraries and Archives in Frankfort.  Murray was shot with a pistol. The perpetrator was convicted of involuntary manslaughter and sentenced to five years in the penitentiary. A sad event in the lives of two young men. 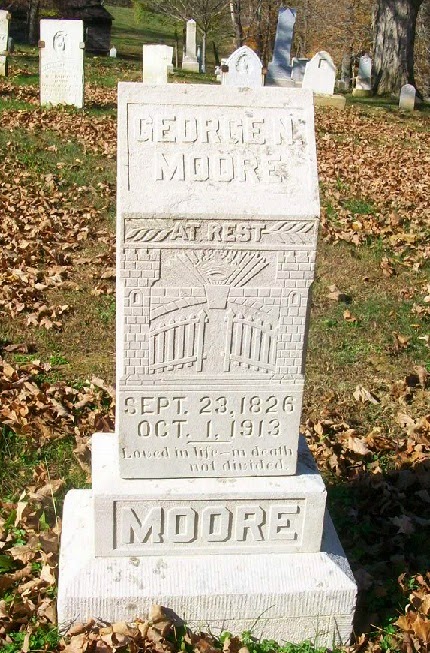 Kentucky death certificate #26421 (1913) shows that George Neuton Moore, a farmer, was born in Tennessee and was the son of Shedrick Moore and Sarah C. Johnson. His father was born in South Carolina and his mother was born in North Carolina. George N. Moore was married at the time of his death.