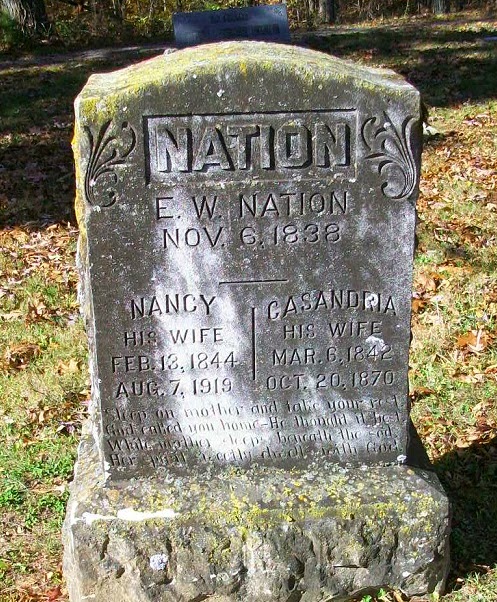 Casandria
His Wife
Mar. 6, 1842
Oct. 20, 1870
Sleep on Mother and take your rest
God called you home. He thought it best
While Mother sleeps beneath the sod
Her [?]  dwell with God

Without the benefit of my paperwork, I will say that this is my G. G. Grandfather.
Ephraim had several children, one of which was Remicka Nation, mother to Lill Nation Morris, who was mother to Joe Morris, who was father to me.