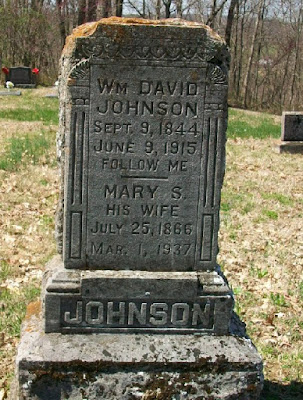 According to death certificate #15901 (1915), William David Johnson was born in Caldwell County, Kentucky to William Washington Johnson and Cenia/Cemia Fraley.  The family is found on the 1850 Caldwell County census.

The death certificate  (#10178, 1937) of Mary Susan Johnson shows she was born in Crittenden County to Abner Danniels and Jossie Long.