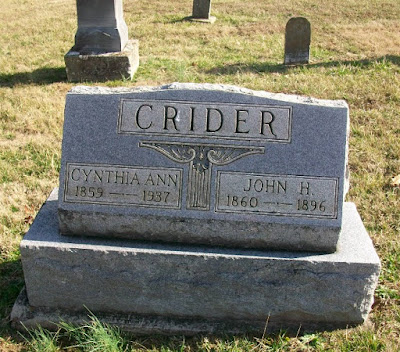 John H. Crider first appears as age one on the 1860 Crittenden County, Kentucky census in the household of Wm. B. and Elizabeth J. Crider.[3]