Chapel Hill Presbyterian Church was organized at Bethany Presbyterian Church on Crooked Creek in 1803 in what was then Livingston County. When Crittenden County was created in 1842, the church was located in the new county.  In 1845, Marion became the Crittenden County seat and the congregation moved to the site of Old Marion Cemetery, where a  brick building was built. A group of 67 members seceded in 1881 and, in 1883, the church was organized and named Chapel Hill. The church was dedicated 20 July 1884. In 1955, the church celebrated its 150th anniversary.[1]

The church doors closed in July 1967 and the church's cemetery committee voted to have the building torn down in 1996 as it was no longer safe.[2] 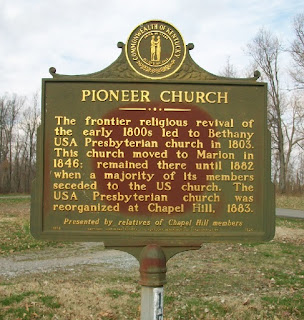 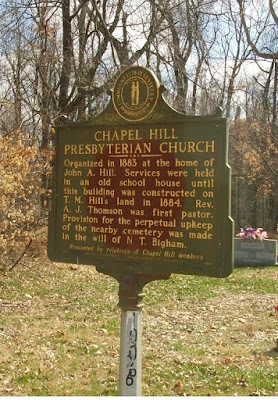