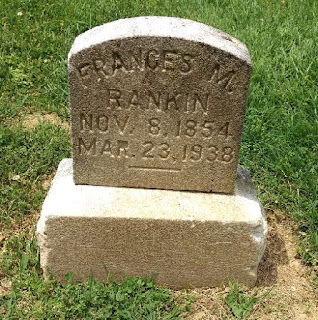 According to her death certificate, Frances M. Rankin died 25 March 1938 in Philadelphia, Pennsylvania.[1] The death certificate lists her parents as John D. Rankin and Annie Wardlow, both of whom were born in Kentucky. The name of her father is likely an error as the marriage record shows his given name as James E. Rankin.[2]