A Pistol and a Fiddle

He died as a young man, leaving only a few items to show that he had lived, even briefly.  A document found among loose court bundles in the Crittenden County Clerk's Office, tells us he left a pistol and a fiddle and little else. Who was this man who had so few belongings?

There are a few records on John W. Daughtry. We know he married Clementine A. Clark 18 June 1878 in Crittenden County. At that time he was age 22 and gave his birth place as Robertson County, Tennessee and said his parents were also born in Tennessee. Clementine was 17 and a native of Crittenden County. They began their family and are found with daughter, Cora A., age 1, on the 1880 census. That's all we know until he died. And that is where the inventory of his belongings comes in.

"Whereas John W. Daughtry departed this life at W. Mc Clark's house on the 25 day of Decr. 1885 leaving surviving him one only child who is now living with said Clark.  He also left the following property with Jerry Daughtry's, where he had been living = 1 Bed, bedstead & necessary cover thereto, His wearing apparel, 1 saddle & 1 Pistol, & fiddle - and Whereas Lewis J. Daughtry, Brother of said Decedent has assumed the payments of all the funeral Expenses of said Decedent and in order renumerate him for same or at least in part, It is agreed by & between the said Clark & said L.J. Daughtry, the said L.J. Daughtry shall take said property to indemnify him for said funeral Expenses. He can either sell it or Keep it, and the other property left by said Decedent shall be held by said Clark for the use & benefit of the child of said Decedent, which consists of Bed bedding, wearing apparel, Trunk &c - said Clark, being the Grand Father of said child & having it in charge to raise, same being placed under his care by said Decedent several years prior to his Death. This Feby 13th 1886.  [signed] L.J. Daughtry, W.Mc. Clark. Attest: D. Woods." 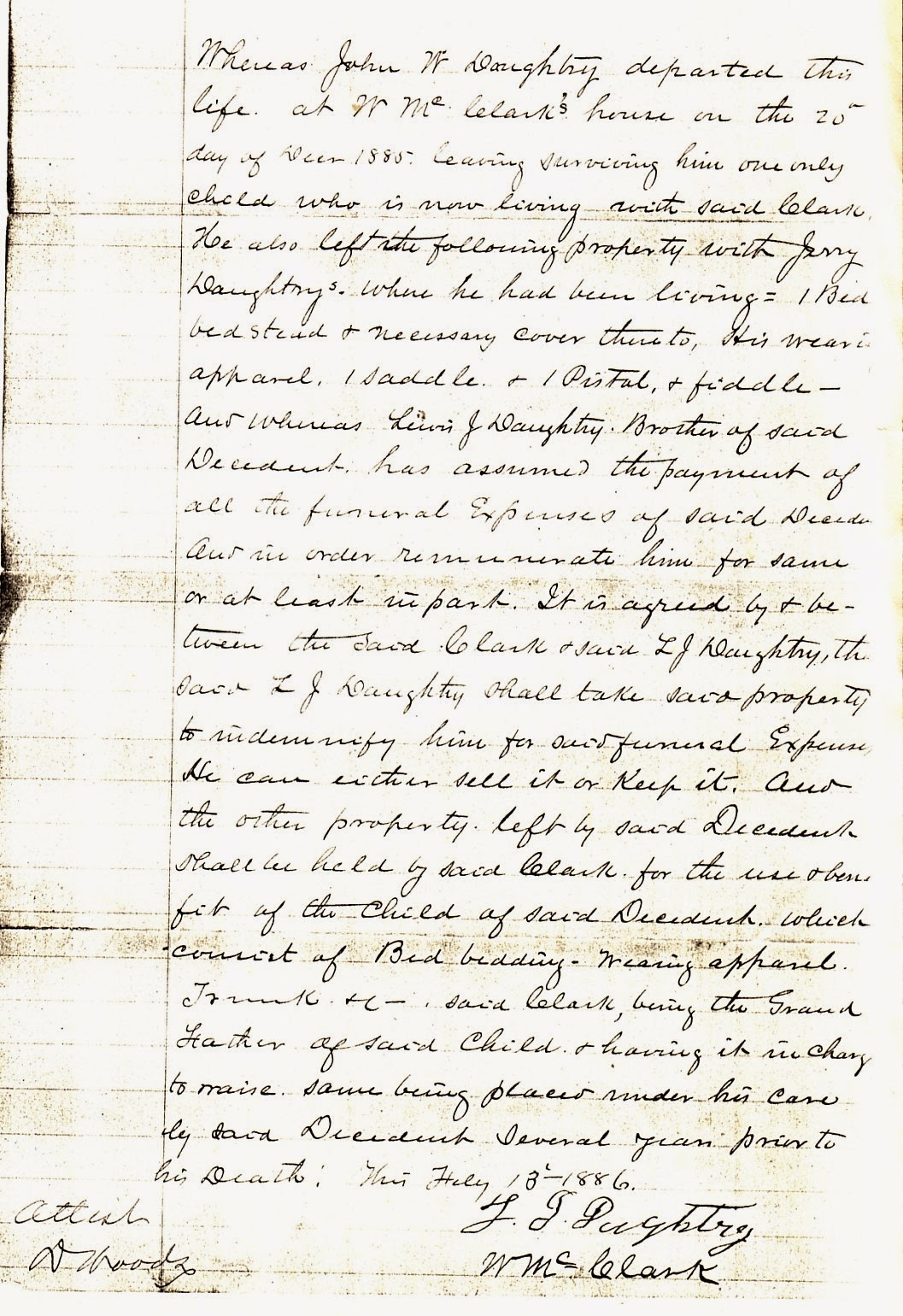