Timothy Taylor left an interesting last will and testament in Crittenden County.  Instead of naming his children and their legacies, Timothy bypassed his children and left his estate to two grandchildren, both of whom were living with him in 1880.[1]

J.W. Taylor, son of Timothy and his wife, Evaline Crabtree Taylor, first wrote that he wanted his daughter, Mary H. Taylor, to have  all his interest in his father's estate as she had done more for his father than he had. J.W.'s wishes were dated 9 March 1882 from Walker County, Texas.  Timothy  responded by writing  that Mary H. Taylor would inherit her father's interest in Timothy's estate..  Both statements are appended to Timothy's will. [2]

The third part of Timothy Taylor's will is a bequest to Joseph C. Taylor for all of the interest that Timothy's son, James E. Taylor, would inherit in his estate. Joseph's siblings, Mary J. Hoyt, William H. Taylor, Charles W. Taylor and John H. Taylor, were excluded from inheriting anything.

Timothy Taylor's will was produced in open court 9 November 1891 and ordered to be continued because of the absence of the original subscribing witnesses to the will.  On that date, E.L. Nunn was appointed curator of Timothy's will. His job was to see that the estate was not wasted and that all debts and credits were satisfied  until an administrator could be appointed.  The will was finally settled and recorded 23 April 1892.

Timothy and Evelyn Taylor are buried at Green's Chapel Cemetery in the Bells Mines area of Crittenden County. 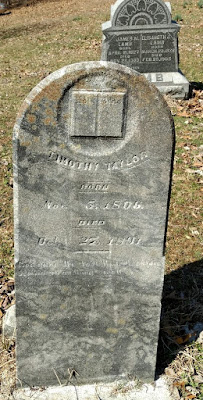 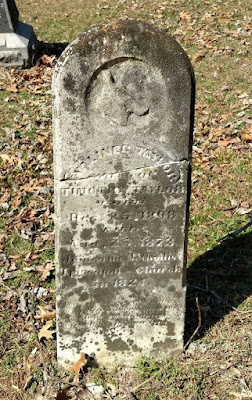