George W. Hagey first appears on Livingston County, Kentucky census records in 1840. In October of the following year he obtained a bond to marry Julia Elmira Bryan, daughter of John P. Bryan. The Hageys bought lot #29 and settled into life in a small river town. It didn't take long for George W. Hagey to become part of the business life in Smithland and served on the board of town trustees in the 1850s. In May 1869, George W. and Julia Hagey sold their land in Smithland and moved to Cairo, Alexander County, Illinois, where George died 1 November of that same year. The following article was published in the Cairo Evening Bulletin  on the day of his death.

"At 7 o'clock this morning George W. Hagey breathed his last, and entered upon the realities of that other world accessible only through the portals of the tomb. Although the community is sensibly shocked by the announcement of his death, the sad event was scarcely unexpected. He had for many days, even weeks, been lingering on the border of eternity - that fell destroyer, Consumption, meanwhile weakening the hold he had upon life. Yesterday morning [sic] he passed away calmly and without a struggle, as if he were composing himself for a sweet sleep.

Mr. Hagey, and a twin brother, were born in Huntsville, Ala., on 22d day of February 1816, and was named George Washington Hagey, on the public square in Nashville, under a salute of cannon - his twin brother receiving the name of Thomas Jefferson at the same time and place. His father, John Hagey, did gallant service as one of Gen. Lafayette's body guard.

When quite a young man, Mr. H. located in Smithland, where he married and raised a large and intelligent family, ten of his children and his wife surviving him. In 1860 he formed a business copartnership with Capt. Geo. D. Williamson which continued up to within about 6 or 8 months of his death. In that relation, and as a citizen and a father, he sustained a character entirely above reproach. Kind hearted and indulgent, consistent and affectionate as a husband and a father, his death will strike a deep and lasting sorrow to the hearts of his widow and children.

The remains will be buried in Smithland, Kentucky, to which place they will be conveyed by the packet tomorrow evening."﻿ 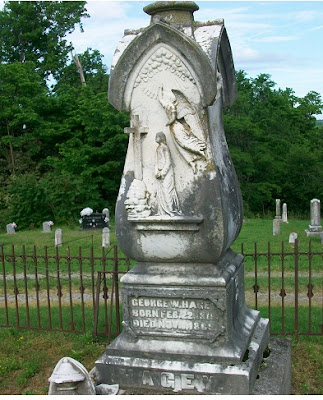