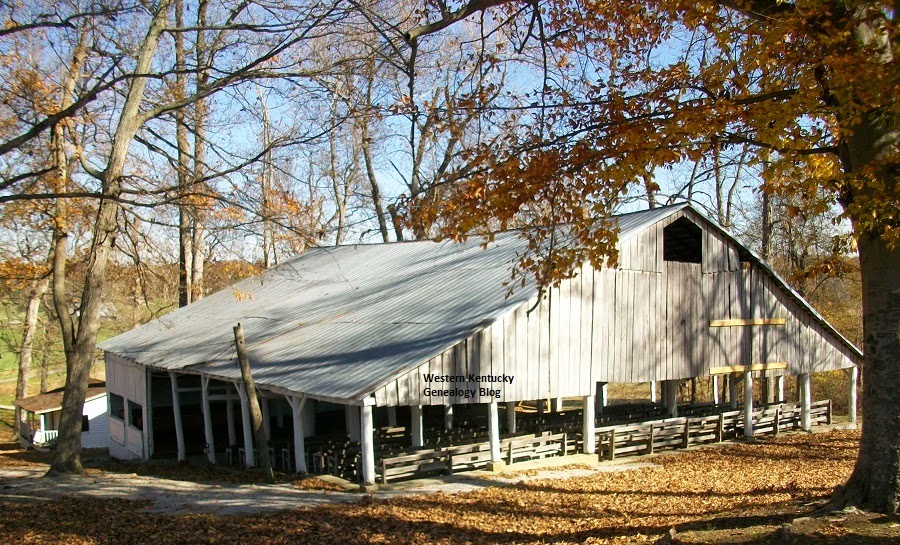 One of the historic spots in Crittenden County is the site of Hurricane Church, along with its cemetery  and campground.  "The church dates back to 1843 when Richard Minner gave the land to build the church. In 1850, Robert H. Haynes sold a tract of land to Andrew Jackson but reserved 4 acres, which he deeded to the Methodist church in 1875 for a general burying ground."[1]

The first camp meeting dates from 1899. In that year, the local newspaper reported that "The Hurricane camp meeting for 1899 closed Sunday night and although there was some dissatisfaction relative to the keeping of the hotel, it is claimed that the meeting was successful."[2] The Rev. J.J. Smith was evangelist for the camp meetings for the next 50 years or more.

The church, shed and some camps suffered a fire in September 1920.[3]  The fire caught under the shed where sawdust had been left after the camp meeting. Also destroyed in the fire was a new piano. The fire was discovered by two lady teachers and a child who arrived for a school institute scheduled to be held there. The fire was too far along to save anything but a few benches and the Bible.

The church was rebuilt on the same spot. Camp meetings continue to be held every August.

Loved going here, my Dad's mom always wanted to go there for picnics and for picking up hickory nuts which were plentiful around there when I was a kid.

My grandfather's baby sister is buried there. Her name was Ilean Lewis. When we last went there we found her grave near the back fence. Her stone was there but broken off the base. My grandfather said as a child his family would go there for 2 weeks every summer. He had fond memories of it.