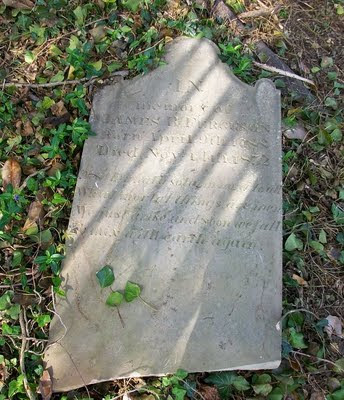 In
Memory of
James B. Ferguson
Born April 9th 1788
Died Novr. 14th 1832
Death what a solemn word to all
What mortal things are men
We just arise and soon we fall
To mix with earth again 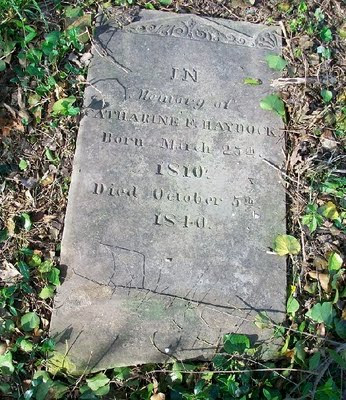 James B. Ferguson married Catharine F. Given 12 January 1832 Livingston County, Kentucky. James died that same year and, on 18 June 1834, Joseph Haydock obtained a bond and license to marry the widow, Catharine Given Ferguson.

James B. Ferguson left a will, which is recorded in Livingston County Will Book A, page 113. Heirs to his estate were his nephew, James Ferguson; brothers, Wm. and Anthony Ferguson (received land in Hambleton [sic] County, Ohio) and his wife Katharine. Very likely James B. Ferguson was a a riverman or ferryman as the inventory of his estate lists four keelboats.

Posted by Brenda Joyce Jerome at 3:21 AM