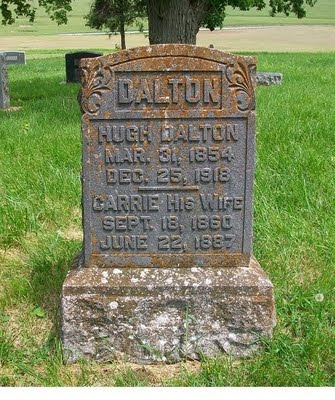 According to his death certificate, Hugh Dalton was born March 31, 1855. His parents were Thomas M. Dalton and Julia Ann Boen, both born in Tennessee.

The 1910 Crittenden County census shows Hugh Dalton living in Dycusburg with his daughter, Ethel, and a granddaughter.

Posted by Brenda Joyce Jerome at 3:09 AM