No vacation is complete without at least one visit to a cemetery. So, on a recent trip through Tennessee on our way to South Carolina, we stopped at Nashville City Cemetery to look around. 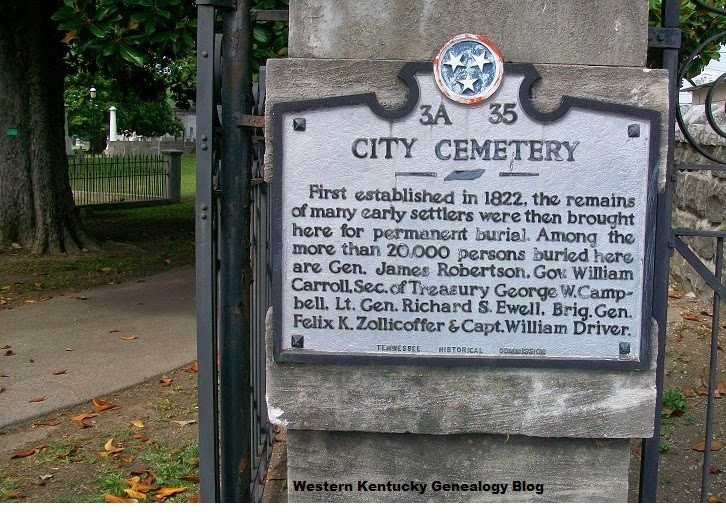 Although I am directionally challenged and got us lost, we soon found our way again to this lovely, little graveyard where many of the early residents of Nashville are buried. There was a reason for this visit: First, there was quite a bit of movement between Nashville and Smithland, Kentucky during the first half of the 19th century. This was largely due to easy access via steamboat on the Cumberland River. It was not uncommon for people to settle in Smithland after having lived in Nashville. This was especially true of men connected to river traffic. I felt drawn to this cemetery where some of these folks might be buried.

Specifically, I wanted to see the burial places of Joseph Woods (1779-1859) and Mary E. Barner (1842 - 1862).  It is probable that Joseph Woods was the same man of that name who settled in Smithland by 1803, was one of the first town trustees of Smithland and owned a number of town lots there. Sometime between 1810 and 1815 he moved to Nashville, but continued selling his Smithland property for a number of years. He married Jane West in Smithland in 1806. 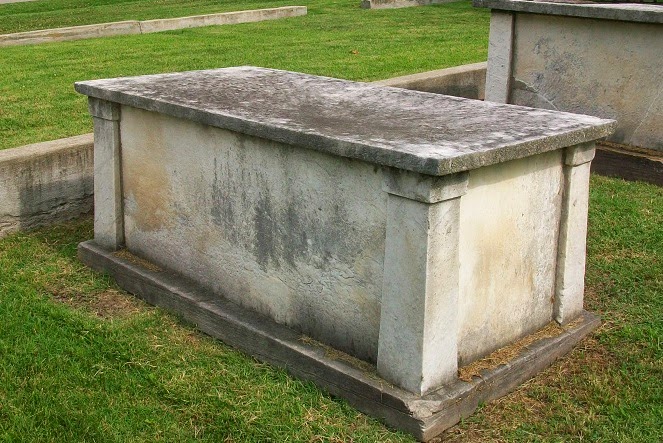 Mary E. Barner, daughter of Sterling M. Barner and Sarah Jane West, died of typhoid in Nashville when she was just 20 years old. Her body was first interred in the Robert P. Currin vault, but at some point, her remains were removed to the Barner family plot in Smithland Cemetery. The grate over the steps down into the vault is locked, but I am told the remains of numerous people formerly buried there have been removed. 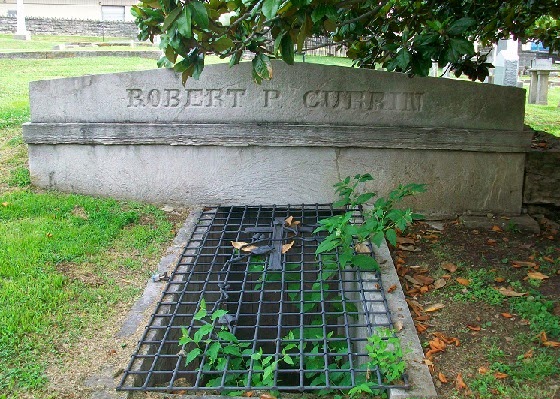 Perhaps it is a coincidence - but perhaps not - Joseph Woods married Jane West and Mary E. Barner's mother was Sarah Jane West.  Were they related?  I'll let you know when I learn more. 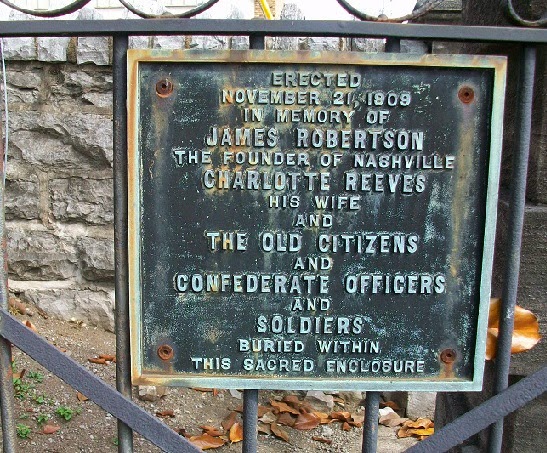