There is something that warms the heart when you return to the area where your ancestors lived long ago. Recently we visited Virginia and North Carolina, where my ancestors lived during and after the Revolutionary War. When my 5th great grandfather, Thomas Joyce,  died in 1780 in Charlotte County, Virginia, he left property in North Carolina to his children, including my ancestor, George Joyce. George lived in what is now Rockingham and Stokes Counties, North Carolina before migrating to Kentucky in 1806.

Thomas Joyce, George's father, had a brother, Alexander Joyce,  and both brothers had a number of children,  with each having a son named John. There is a family legend that explains how the two cousins named John were distinguished from each other.  Apparently, the two John Joyce cousins went coon hunting and a dispute arose between them. The father of one cousin  stated his  son bites like a coon. The father of the other  said his son fights like a possum. The names stuck and one John Joyce is listed as John Coon in public records and the other became known as John Possum.  The Possum line descends from Alexander Joyce and the Coon line descends from Thomas Joyce. That makes me a Coon Joyce although I descend from a brother to John Coon.  Even today, Joyce visitors to Rockingham and Stokes Counties are often asked if they are a Coon or a Possum Joyce.

The reason for the visit to North Carolina was the first annual Joyce family reunion. We originally met through a Facebook page dedicated to the descendants of Alexander and Thomas Joyce. Most of us had never met face to face, but through sharing  family information and DNA testing, we had become friends.

It seemed only natural to plan a get together to meet in person.  We arrived the day before the reunion and a cousin who lives in the area took us on a tour of sites important in our family history - the old Joyce School, the John Possom Joyce Cemetery, and Joyce Presbyterian Church. As you may gather, Joyce is a very common name in the area. 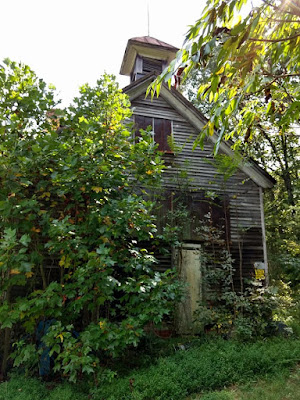 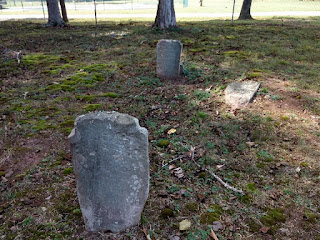 A lot of research is being done through DNA testing to determine the origins of our family. So far, it appears we may not be from the area "across the ocean" that we had assumed. I'll let you know when it becomes official.  In the meantime, the Joyce cousins continue to search for and share information. I am so pleased to be part of this large, very interesting family.