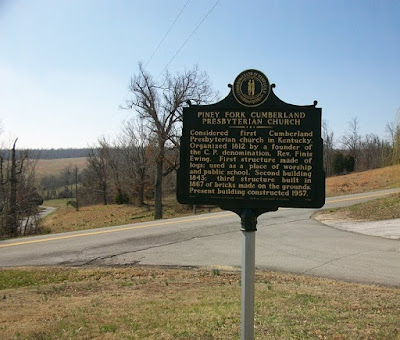 According to an article, "The Annual Piney Fork Camp-Meeting," in the 23 August 1906 issue of the Crittenden Press, the first camp-meeting was held in May 1812. The services were held under an arbor and the people who attended the meetings lodged in camps or huts constructed of round poles and clap-board roofs. Ministers who were present were Finis Ewing, Alexander Chapman and Wm. Harris.

The first church was of logs and was located where the cemetery is today. John Travis donated land for the church and later George Green donated additional land.

According to tradition, the last Indian battle in western Kentucky occurred where the cemetery is now located. 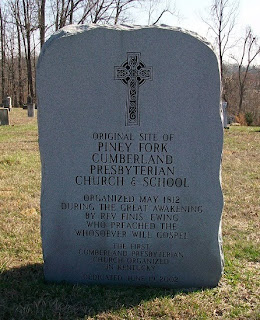 Marker designating the original site of the
church and school.﻿

Piney Fork was organized when this area was still part of Livingston County. It has seen good times and bad, but has remained sacred to all those who worshiped here or passed through the area. 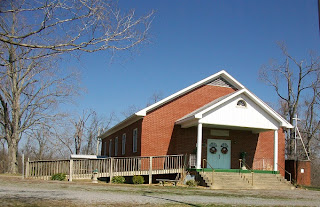 I have chosen you for the "One Lovely Blog Award!" Please visit my blog "Genealogy and Me" at http://genealogyandme.blogspot.com/2011/03/one-lovely-blog-award.html for your badge and acceptance rules and Keep on Blogging!